Last week, I attended the 44th World Fantasy Convention, held this year in Baltimore. It was a fantastic experience, and over the next few weeks I want to share with you some of what I took away with me.

The absolute best part was finally meeting Anisha, my critique partner of several years. There is nothing quite so good for my writerly soul as hanging out with another introverted writer-mama who also wants to go to ALL the panels, eat ALL the food, write like a maniac using ALL the colors of pens, and then recover from ALL the people and ALL the words by crashing in the hotel room and combing Netflix for ALL the fantasy and sci-fi.

The panels were fascinating, and got better and better as the weekend wore on. I took my most copious notes on a panel titled “Best Meals Ever Written,” which I attended at the last minute on a whim, and I ended up gleaning tons of inspiration and wisdom from it. It was impossible to see everything, but in addition to the food panel, I went to lots of others. Below are some super-short, teensy-tinsy takeaways, off the top of my head:

-Families in Fantasy and Horror: I heard Aliette de Bodard speak and realized she is a freaking genius and I need to read everything she has ever written.

-Storytelling Through Music: I had no idea so many writers of words are also writers of music.

-Gender 401: I have a bibliography from this one.

-The Books of Earthsea at Fifty: Charles Vess told stories about working with Ursula K. LeGuin and it was incredible and sometime this month I will be relaying to you a tale of dragons and chickens. 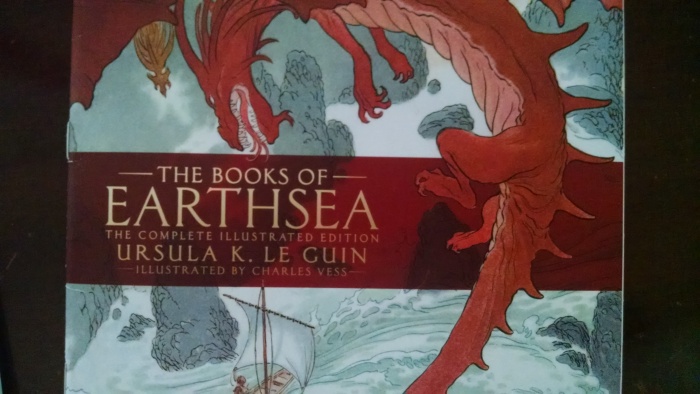 -Mapping Your World: Maps are just as subjective as anything else, but still Very Cool. Kathleen Jennings is a magical artist.

-Fantasy Has Always Been Political: Some white men are woke af and others honestly believe that they are capable of complete objectivity at all times.

-Before They Were Tropes: People have very strong opinions about how horror stories should end.

-Unsafe Places and Why Characters Go There: Unsafe spaces can include one’s own mind/body.

-Strength Isn’t Just for the Strong: Magic systems in fantasy can be awesome and well thought-out, if they are not hella racist/sexist/cissexist.

-The Future of Fantasy: this one was ON FIRE. I wanted to stand up and cheer.

-Monsters and the Monstrous: Nobody mentioned unicorns!!

-Optimism in the New Dark Age: We need optimistic literature because it enables us to envision a better world, thus empowering us to create one in reality.

That is a barely-skimming-the-surface take on this year’s WFC. Over the next few weeks, I’m going to dive into some of these topics in more depth.

-my first Uber experience: now I know where you can eat in Baltimore and not get shot.

-anxiety: it kicked in bigtime on the drive up and back. My first instinct is to say I conquered it, because Colonialism. But I did not. We coexisted, and it was okay, and I am okay, and also mighty.

-swag: they give you a bookbag and I thought that meant a bag in which to carry books but it meant a bag full of books.

I’m doing NaNoWriMo again this year, and it’s phenomenally stupid to take a break from writing a novel in order to write a blog post, but I am not a genius and there you have it. More next week on the convention!