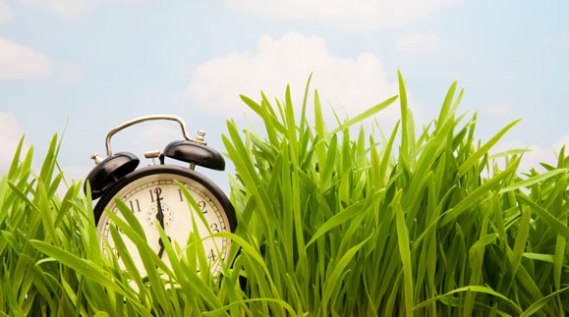 It’s 6:30 p.m. on Ash Wednesday, and my children are listening to Christmas music.  It’s understandable; there’s still snow on the ground that’s been around for weeks, hiding underneath the snow that fell on Monday and shut down the Shenandoah Valley for two days.  The days are getting longer, the chickens have stopped being stingy egg-layers, and even Cancer-Dog has a new spring in her step, but outside, it looks and feels like the snow-crusted dead of winter.  This Saturday we’ll turn our clocks forward, but at the moment it doesn’t feel like the right time of year for it.  Now is the winter of our discontent.  Stupid groundhog.

It’s been a wintry month in this writer’s soul as well.  Sometimes it’s difficult to maintain hope in the face of the overwhelming odds that define this profession, this calling–this imperative–to write.  You know that writing is the thing you’re meant to do when it’s the one thing that feels completely right, when you can’t not write, when you see stories everywhere.  I know that I am a writer, but it’s not that simple, at least as careers go.  I watch my husband, who’s a brilliant history teacher, and know that he’s doing exactly what he’s meant to be doing.  He’s a virtuoso, really–he is meant to be teaching history to teenagers, and it lights him up in a way nothing else can.  I feel this way about writing, but unfortunately the career path isn’t quite so straightforward.  Sometimes I wish my life’s ambition had been to become a doctor, a teacher, a trapeze artist, a belly dancer, or anything where I could train, learn, work hard, and then, consequently, get a job.  Not so with novel writing.

The more I learn about the publishing industry, the more daunting it seems.  Oh, it has its rules and patterns, its natural laws, but it’s also incredibly random-looking sometimes, from the perspective of my desk chair.  The more I think about it, the more overwhelming it becomes.  The dark nights of the soul come often, and I wonder if I must give up this notion of “making it” as a writer in order to be truly happy.  It feels like a catch-22.  If I pursue this dream my whole life and never achieve it, have I failed myself by searching for something I never attain?  On the other hand, if I decide that I don’t need to achieve my admittedly huge goals in order to be happy, am I copping out by undermining the determination and focus I need to “make it” in the first place?

It is at this point that my brain starts to hurt.  And then I think of the truly abominable stuff that gets published and wonder, why bother?  If what sells is what’s merely sensational and trendy, if what makes a writer’s success is having a publicity juggernaut or parents with a publishing company, why bother?  And then, on the other hand, I look at the truly amazingly breathtaking stuff, and think, how could I ever presume to call myself a writer next to other writers of such staggering genius?

It’s a dangerous spiral, and one that I imagine every writer–well, almost every writer–slips into from time.  I’ve been slipping into it a bit more than usual lately, spurred perhaps in part by this clinging winter that just won’t let go.

But spring is coming.  And amidst my nagging self-doubts, I’ve heard some really excellent news.  My brother’s got an agent interested in his work, and has just been asked for a full copy of his manuscript, and the knowledge of this is like water in the desert–like sunshine in the frozen depths of winter.  My brother and I are travelling different paths as writers.  He’s completed an MFA program, and worked for a literary conference, and done many other more writerly things than I have.  I don’t believe that these things are imperatives, that all writers must do them, but it’s comforting to know that a writer who works hard at his craft, who tends his manuscript and nurtures and prunes it with the wholeheartedness of Milton’s Adam and Eve tending the Garden of Eden, can succeed.  It has bolstered my soul in a dark time to have this evidence that publishing isn’t just a whim, that it isn’t about what will sell to the most people to be consumed as quickly as possible and then tossed aside like candy wrappers.  I’ve observed the careers of writers who’ve gained their fame not by writing, but by mass-producing words with all the marketability and nutritional value of potato chips, and it’s almost unbearably lovely to know that it doesn’t have to be that way, that good writing sells, too.  That perhaps my own long, arduous path is not destined to lead forever up the switchbacks of a winding mountain trail, but might actually go somewhere someday.

And so, heartened by this news, I slog on.  I’ve just finished a massive revision of my latest novel, and I’m off to get some feedback before I put this baby in a basket and float it off down the Nile, hoping that it lands with a pharaoh’s daughter and doesn’t just get stuck somewhere in the dang bulrushes.