What I want is not to want what isn’t mine” -Tori Amos, “Another Girl’s Paradise”

It’s the end of the marking period. Stuff to grade. Comments to write. Paperwork to be done. And a trip to Buffalo to visit my sisters over the long weekend.

So much to do, and so many thoughts swirling in my head. I’ve been retreating into my journal and teacup these past couple of days, searching for that grounding thread of introspection. Yesterday, feeling stressed and overwhelmed, I listed all the stuff I could think of that I was worried about.

I intended to come back to it today, to tackle the stress-items one by one, deciding which I could do something about and which were out of my control (and hence off-limits for worry). But I didn’t feel like it. This morning, I felt like dreaming. So I made a list of what I want. Not stuff–there’s not any stuff on this list, I realized as I was writing it. Nary an object on this list–not even the non-leaking-into-the-basement shower I’ve been craving. Because the important stuff is not the stuff. It’s the other stuff. If all that stuff makes sense. I’m kind of out of words. This list was long. Even longer than the worry-list. Four times longer, in fact.

My brain is all fluttery today, skittish as a half-wild kitten. It doesn’t want to settle. Today doesn’t feel like a day for being coherent. It feels like a day for messy vulnerability. So here is my list, for what it’s worth–contents of this writer-human’s brain.

If you’re feeling overwhelmed, I highly recommend a little dream-time.

9:11p.m.–p.s.–that was the official end of this post, but I am attaching pics of the complete beast for Barb, because she asked and I like her. 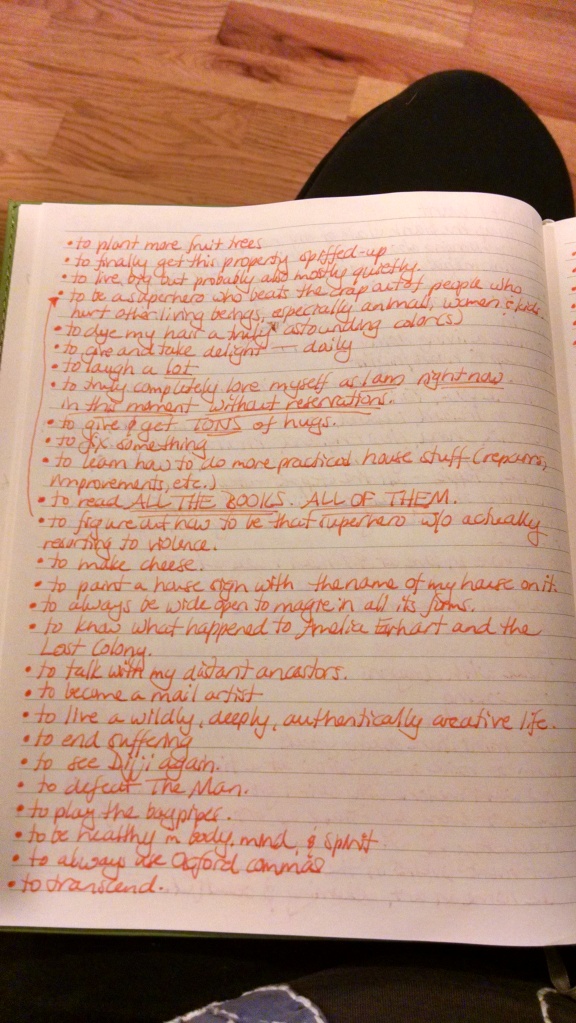 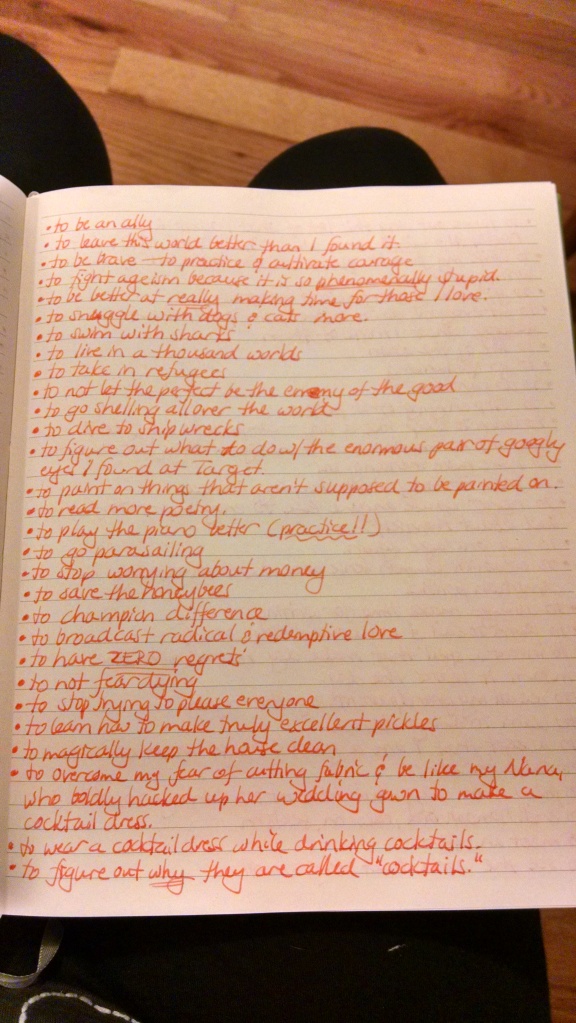 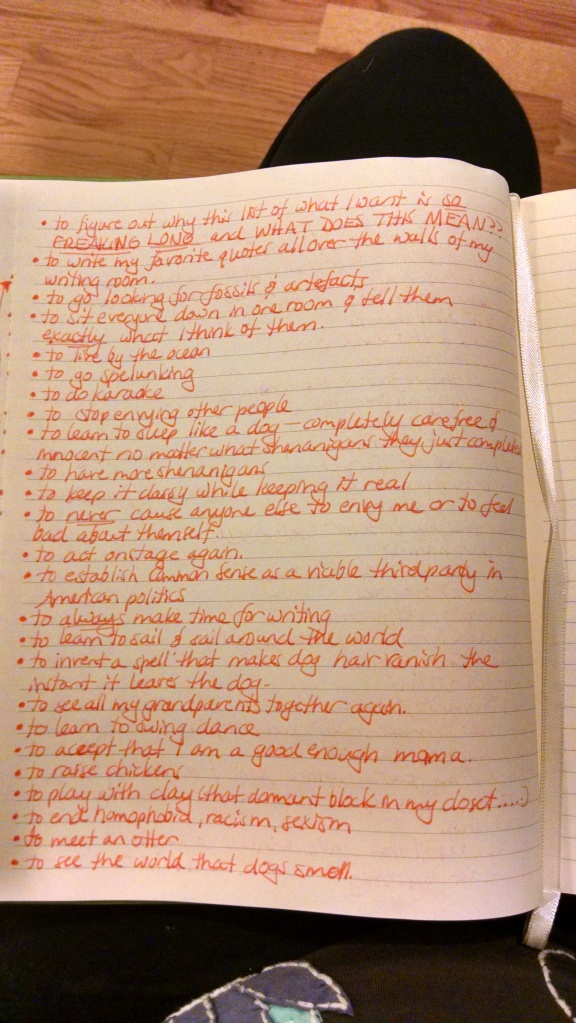