What can you stop doing in 2016 such that it would allow you to focus on higher payoff activities?

This morning, the pre-sunrise sky stopped me. I don’t remember what I was doing. It wasn’t as important as this. I leashed the dogs and headed outside for our morning walk earlier than usual, because I needed this sky. 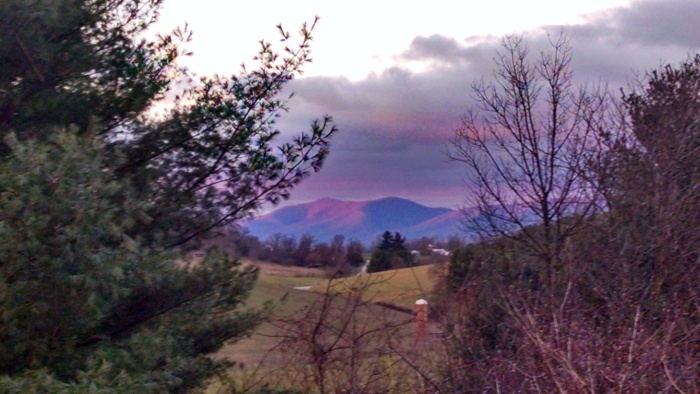 Rose-violet light poured up the slopes of the Alleghenies. I thought about what I need to stop in the new year. I like how minimalist this question feels. Not “what 2,000 new and worthy and basically unattainable goals do you want to pick up in 2016?” but “what are you going to ditch?” 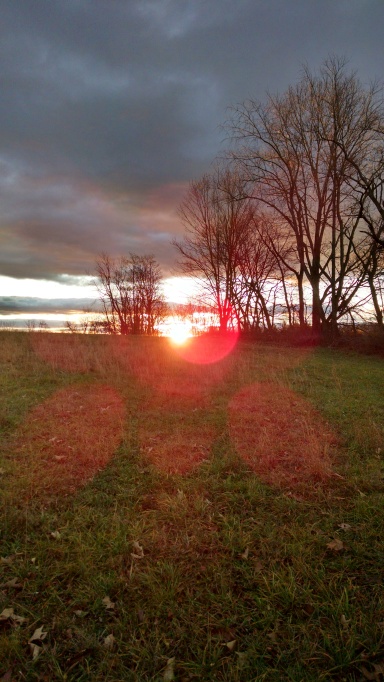 The thing about ditching stuff is that it gets addictive, whether that stuff is physical clutter or emotional garbage. I’ve ditched a lot of things these past few years. It started as a response to my then-position as a professional organizer. I saw so much stuff, saw houses and lives and the Earth groaning under the weight of it, that I felt a compulsion to shed weight, to chuck ballast overboard.

So I’ve stopped a lot of things. Stopped hanging on to stuff that may be useful someday. Ended memberships in groups that sucked my passion and energy dry. Quit a toxic job. Worked hard to believe that I don’t need to do it all, and worked hard every day after that to remember it.

But, snakelike, I keep growing new skins, calloused by circumstance and ossified by the dry winter winds that scour the ridges, trailing frost-gems in their wake. Winter is a sere season, and at this time of year I have to fight the urge to just curl up and hibernate, dive deep down into complacency and the heat radiating from the woodstove into the sunspots on the blonde wood floor.

Though much is taken, whispers Tennyson in my mind, much abides. There is always a new-old skin to shed. The first skin that leapt to my mind was the phone. I wrote in my journal this morning

I was being kind of tongue-in-cheek with myself, but I do need to quell the Pavlovian response to that darn ringing bell, at least during my writing hours.

I listed other things, too:

But here’s THE BIG ONE. This has been my sticking point for far too long, and this, more than anything else, is what needs to change. More than the little bad habits (or the Big Bad Habits), it is this that must change for my happiness and peace of mind:

And sometimes, I need to follow Slinkster Cat’s example and JUST STOP.