Tuesday struck with all the fury of a Monday scorned. Too little sleep + defeat + excitement = a recipe for holding back tears in the middle of French class. Thankfully my kiddos were taking a quiz and I had the option to just sit and breathe for a few minutes.

My phone pinged with an email notification–a form rejection from an agent who requested my full manuscript a few weeks ago. I also learned I didn’t make the cut for a Twitter pitch contest I’d entered last week–BUT my amazing critique partner did, so there was much rejoicing. Between the sting of the full rejection and elation over her success, I was a jittery mess.

You all. You all. Her book is so good. It’s a middle-grade fantasy that feels like a classic but is at the same time completely fresh and so, so magically Southern that it makes my heart sing. I kind of can’t stand it that you can’t go get it and read it right now. It reminds me of all the fantasy I loved as a child–The Chronicles of Narnia, The Wizard of Oz, and lots more–without all the weird veiled or not-veiled sexism and racism. It also reminds me of recent books like Miss Peregrine and Stardust–but I love it more. It’s magical and darkly shimmering and I should probably stop gushing about a book you don’t get to read. Yet.

After all the excitement, plus the constant excitement of teaching middle schoolers, I dragged myself home in a state of exhaustion. All I wanted to do was collapse. I could feel myself slipping into one of the dark nights of the soul that tend, for me, to last a couple of weeks or more. So I made myself take the dog for a walk in below-freezing weather. We stepped outside in the moment when the evening was perfectly balanced between the pink-bleeding sun and the pale gold moon, flat and sharp as a paper circle against the twilight sky.

The woods were full of deer, the lees of rills and deadfall frosted with a skim of snow crystals. The air was so cold it burned with all the ferocity of a revelation. The butter-yellow moon swelled behind the trees, broken into stained glass by bare branches. A beautiful evening. A perilous one. The kind of evening on which anything is possible, even healing.

The winter woods patched me up, froze over the raw places long enough for them to begin to knit back together. I came into the supper-warm house in a glow of thawing skin and spirits.

I do a lot of thinking about failure, because I do a lot of failing. It wasn’t always this way. I used to be a golden child who starred in plays and won spelling bees and got straight As and gave papers at professional conferences as a student. I do a lot of thinking about how to teach my students to fail–how to accept failure instead of letting it shatter you, how to learn from it, how to let it break you apart and then rebuild you, cracked and flawed yet stronger than you were before. One of these days I hope to figure it out–how to convey this to them in a way that will make sense, in a way that will be useful to them, in a way that will empower them to see that it is only through failing that we truly succeed. I’ll let you know if I figure it out.

In the meantime, I leave you with some little bits and bobs of magic from my writing habitat. I could use a little magic today, and perhaps you could, too. 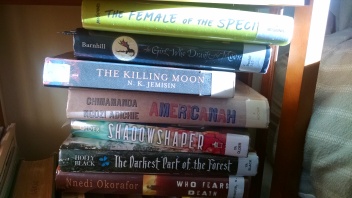 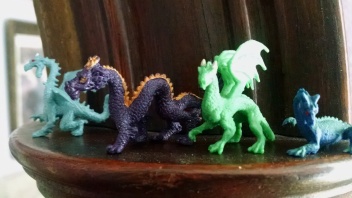 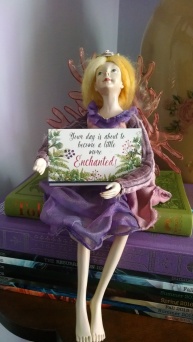 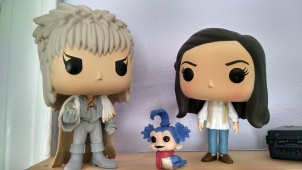 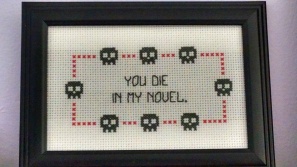 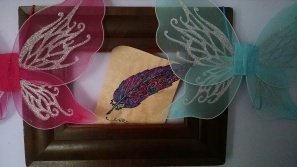